BIOAs is a LIFE project aiming to demonstrate the environmental and economic feasibility of a process for the production of an innovative bio-adsorbent and, simultaneously, its use for the purification of drinking water from arsenic.

Contamination of groundwater by arsenic takes place over extended geographic areas and it represents an environmental issue of global concern due to the severe threats to human health. The risk to human health and the widespread occurrence of arsenic contamination have led to impose severe limits to arsenic concentration in drinking water. Since 1998, EU has fixed these limits to 10 μg/L (Directive 98/83/CE). However, there are several EU areas where groundwater arsenic concentrations are exceeding such limits as several regions of Italy, Greece, Croatia, Germany, Portugal and other countries. These characteristics have forced many small municipalities to install and operate water treatment plants specifically designed for arsenic removal, but their high capital and operation costs have a negative impact to continuously sustain the supply of drinking water to the EU citizens.

The removal of arsenic is conventionally carried out by expensive processes which can include different treatments: precipitation, absorption, ion exchange, filtration (according to EPA guidelines). Adsorption with Fe-based materials represents the most common solution and other technologies are used, such as absorbents based on titanium dioxide, reverse osmosis and ion exchange. More than 50% of such cost, is covered by the cost of Fe-based adsorbents (5-10 €/kg with 1-3 g/kg of arsenic removal). The LIFE BIOAs project aims to demonstrate a process to produce an innovative bio-adsorbent by the hydrothermal carbonization of the olive pomace (a byproduct of the olive oil production industry) at a cost at least 50% lower (<3 €/kg), as compared to the conventional employed adsorbent (GFH) and, simultaneously, its use for the purification in line with the EU Directive of drinking water from arsenic. 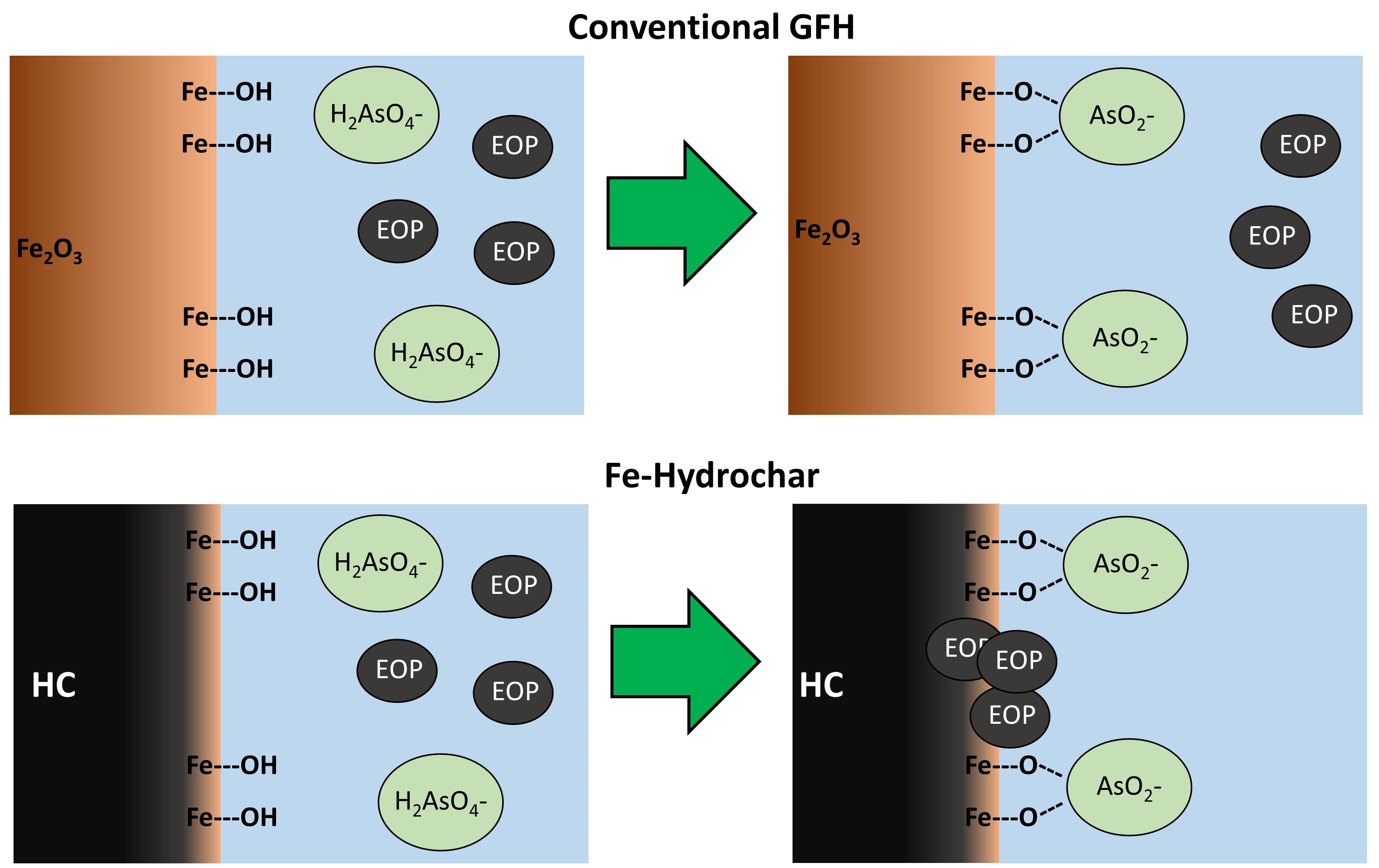 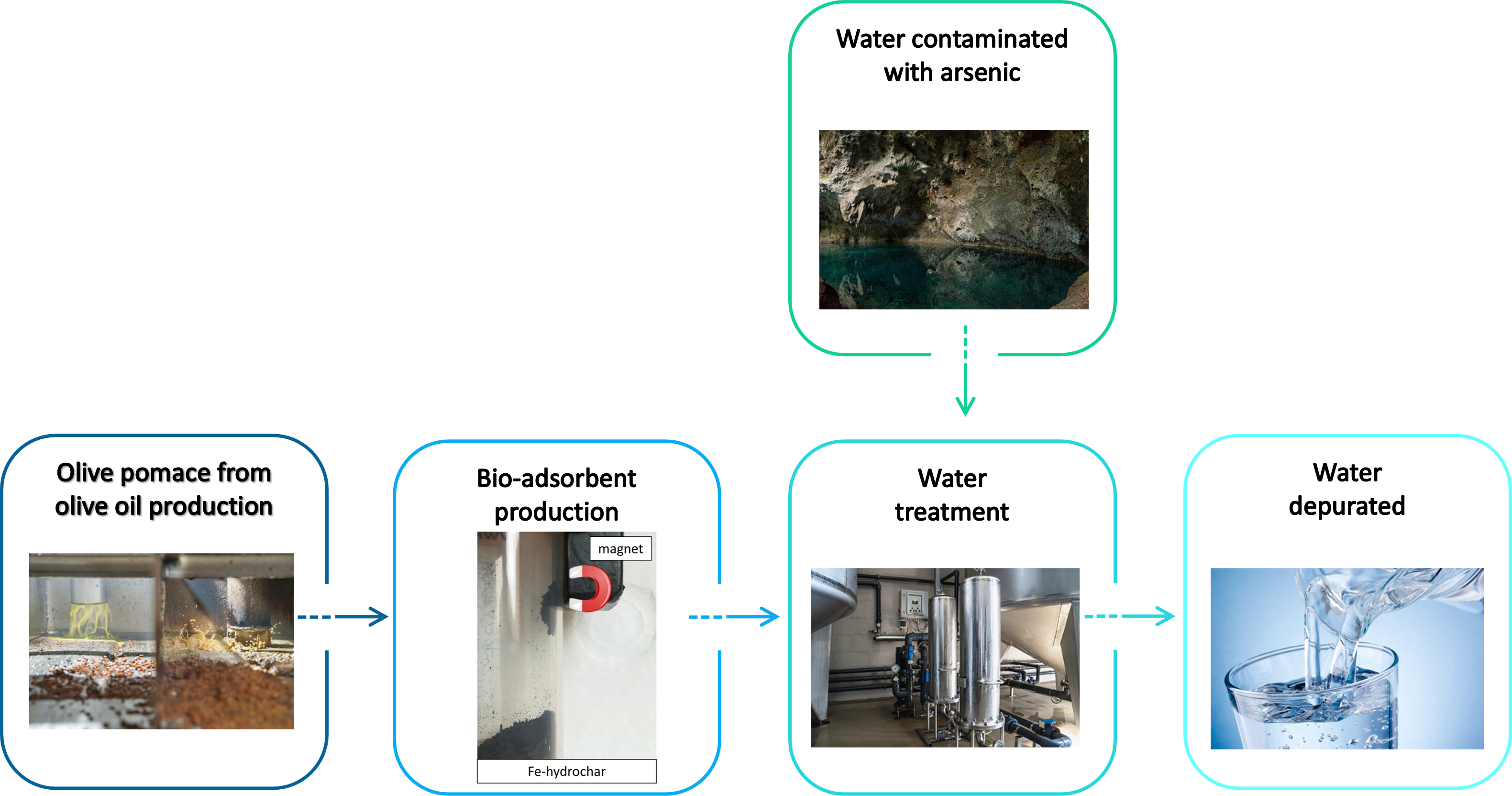